We had been there for 6 hours and didn't find waht we was looking for.
Next time, we will be more lucky.

My refined and highly motivated drain-finding abilities made yesterday's trip to Depths of Salvation possible. Guided by bits of information and clues elsewhere on the internet and other resources, I was able to determine the approximate path of the pipe from its outfall in the massive park along the 401. Entry through the outfall is basically impossible as it's a giant waterslide that pours into the valley. Terapr0 and myself were able to find the correct upstream manhole with virtually no difficulty. Having only a hunch where it could be, I was anticipating a long, muggy hike through prickly foliage. We were most relieved to descend into the cool, breezy drain and out of the sticky summer day. That feeling seemed to reward the brevity of our search. 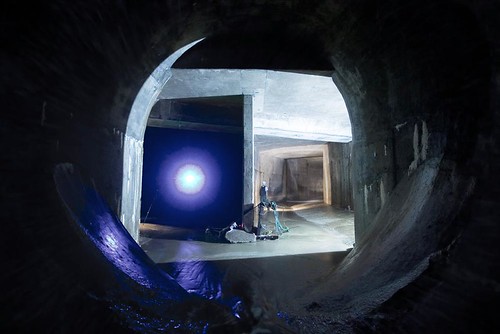 I forgot to credit my underground partners in crime in my previous post. Bryan and Mortimer made the trip possible.

Yesterday was another outing with terapr0 back to North York's underground monster, Gargantua. No accidents this time. 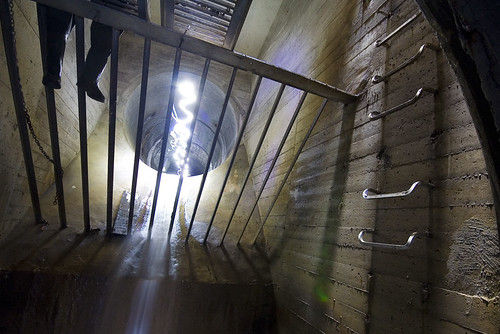 We found some new drains in Scarborough and they were surprisingly fun. What wasn't fun was getting clipped and bloodied from my tripod.

Revisited two fine drains last week. Friday after work I headed over to 21 Golden Steps with my waders and new tripod to test out. About 100m in is the mangled remains of the former inlet grille, which has helped collect an increasingly growing accumulation of debris swept in from storms. Approaching from upstream, the water level is now too deep for regular boots, but subsides just after the makeshift dam. Nothing else has changed since my last trip in Fall of 2007. Beyond the third set of stairs has always been flooded but since I was wearing waders, the depth wasn't an issue. Less than 100 feet I found myself getting closer to the ceiling from the stones beneath my feet. Eventually I was able to touch the top of the pipe standing on nearly two feet of stones. Worried that I would get sucked in, I eventually turned around.

The next day I went with terapr0 to Westview Greenbelt where we spent a few hours walking up and down stairs and ramps. Be sure to check out terapr0's new website 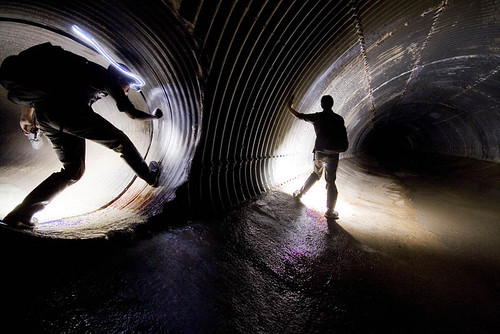 Took another trip back to 'Tinnitus' in the city's North-West end. The changing pipe, at its largest, reaches a diameter of 4.5m, almost as big as North York's 'Gargantua'.

Took another underground trip wit terapr0 from UER to two systems in the West. 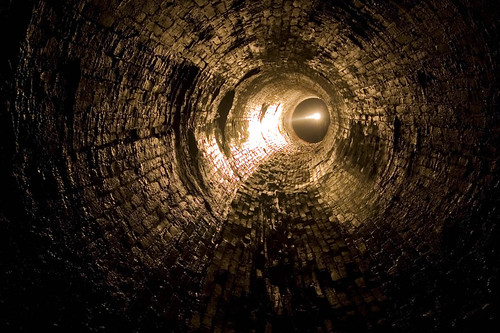 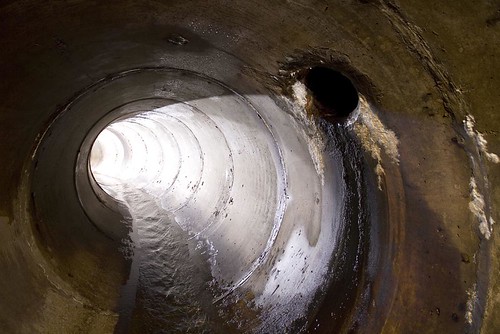 Underneath a rather monotonous cul de sac community is a rather peaceful drain. The outfall's too deep for boots, so if you don't have waders, you gotta go Aussie style. 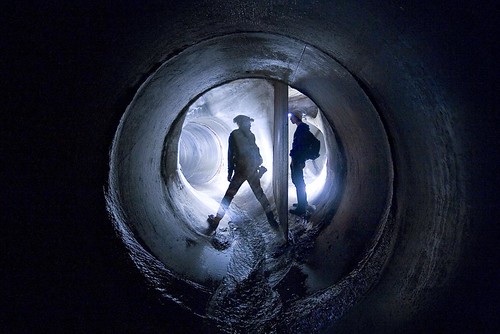 Now for a post in this community that isn't spam. At leat I hope not.